We are responsible for providing the Guidance, Navigation and Control System, and also the Telemetry System for the MANSUP, a anti-ship surface-to-surface missile under development for the Brazilian Navy. 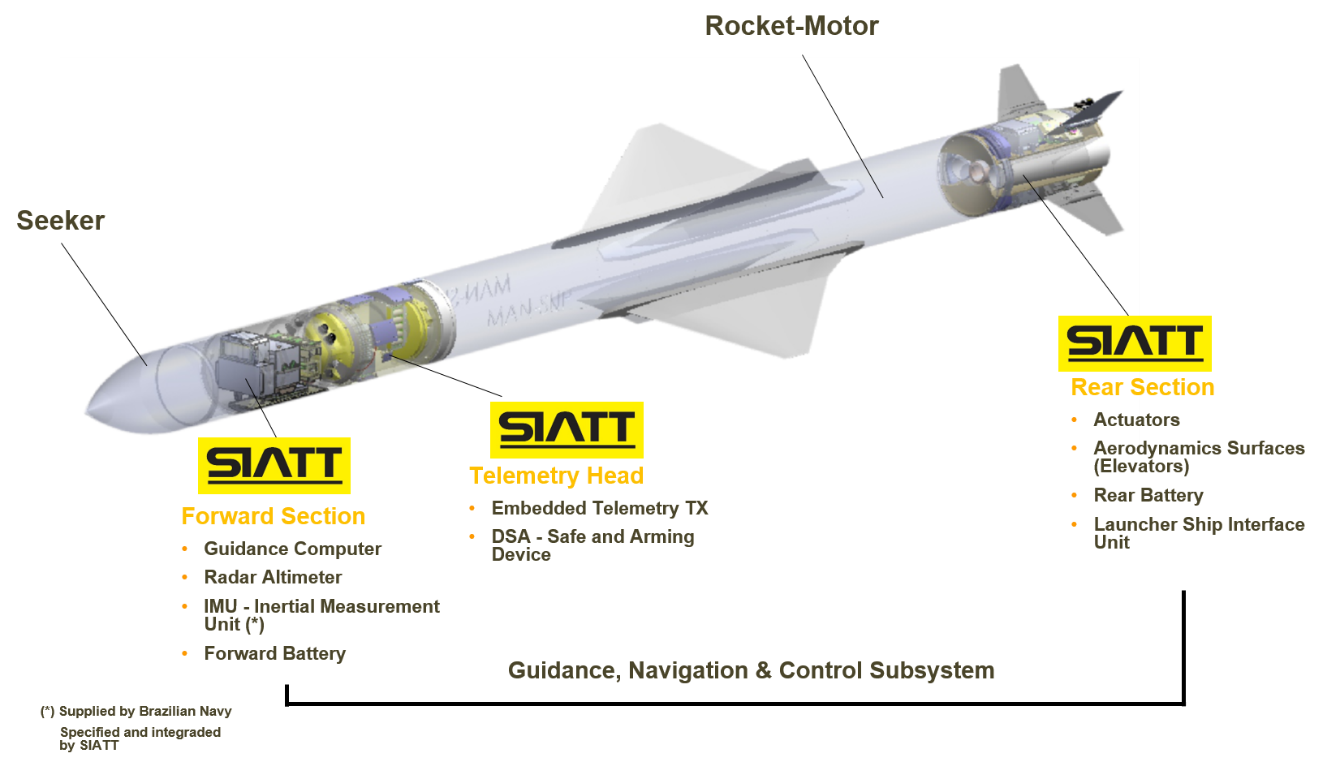 The MSS 1.2 AC is a medium range, antitank surface-to-surface missile, designed to meet Brazilian Army requirements. The system consists of ammunition (missile on its launcher tube) and the firing post. It uses the laser beam guiding system, in which the operator is responsible for performing the optical pointing towards the target. During the missile flight, the firing post emits an invisible coded beam that along with the optical sight provides the guidance reference for the missile.

Besides the portability and accuracy, this system has great immunity against countermeasures: since the laser receiver is facing backwards, there is no action that can be taken by the target to interfere with the missile guidance. The MSS 1.2 system also includes a Firing Simulator with very accurate representation of real environments, so you can train shoots without the need to use real missiles, and a Test Equipment to measure and align the Firing Post.